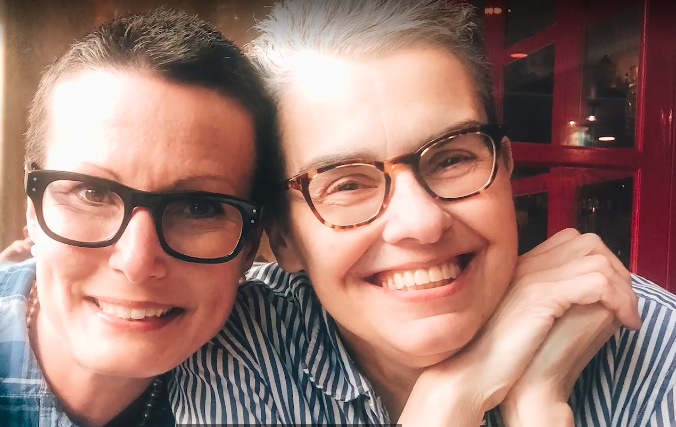 The film tells the story of Kim Acquaviva and her wife, Kathy Brandt, who died of cancer in 2019, at the age of fifty-four. Kathy Brandt was a hospice and palliative-care consultant and an advocate for high-quality end-of-life care; when she received her diagnosis, she and Acquaviva, a professor of nursing at the University of Virginia and an expert in end-of-life issues forLGBTQ people and their families, decided to document Brandt’s decline, and their family’s last days together, through frank and frequent social-media posts.

There’s a total awkwardness to death. I think it’s grown out of this idea that death is to be fought. We have this call and response. Someone says they have cancer, and you say you’re strong, you’re gonna beat this. There is a stigma around talking about death, sharing pictures of death, because most people don’t know what it would look like. It’s scary. And Kathy said, Let’s just put things out there, let’s be fully transparent, and share this with people. So we started posting on social media.

The documentary is here.